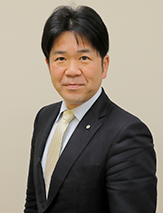 Ehime Prefecture's Nanyo region, which faces the Uwa Sea, has severe and challenging topographical conditions characterized by steeply sloping mountains and hills—typical ria coast topography. Our progenitors made use of wisdom and hard work to build terraced orchards amid these challenging conditions, creating impressive and breathtaking hillside scenery often described as "farmland that rises up to the heavens." Today, Nanyo boasts the highest production volumes and greatest production variety in Japan for citrus fruits.
While always maintaining a profound respect for the foundations laid by previous generations through backbreaking efforts over the years, we strive to foster global recognition for the Nanyo, Ehime Citrus Fruit Agricultural System for its contributions to Ehime Prefecture's success as Japan's leading citrus producer. To this end, we are striving to attain official recognition of this system as an Important Agricultural Heritage System. We ask for the understanding of producers and local citizens alike as we undertake these efforts, and hope that everyone in the Nanyo region can come together as one to pass on what we have built to future generations. 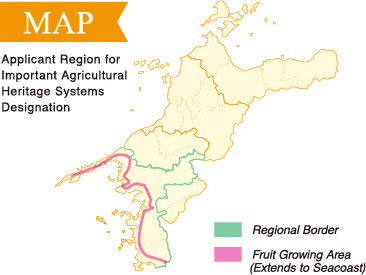 The Japanese Nationally Important Agricultural Heritage Systems (J-NIAHS) and Globally Important Agricultural Heritage Systems (GIAHS) frameworks are utilized to officially recognize unique industry systems formed through interconnections and integration between traditional agriculture, forestry and fishing industries, and local culture, landscapes,1 seascapes2 and agricultural biodiversity3 fostered through close ties with said industries. These important systems are designated under the framework in order to preserve them for future generations. A total of 57 regions/systems in 21 countries have been designated as GIAHS, including 11 in Japan (as of December 2018). Regarding national designation within Japan, 15 regions have been designated under the J-NIAHS system created in FY 2016.

GIAHS designation is carried out by the Food and Agriculture Organization of the United Nations (FAO) for regions active in the agriculture, forestry and/or fishing industries in globally important, traditional ways (agriculture, forestry and fishing industry systems). A total of 57 regions in 21 countries have been designated as GIAHS, including 11 in Japan (as of December 2018). 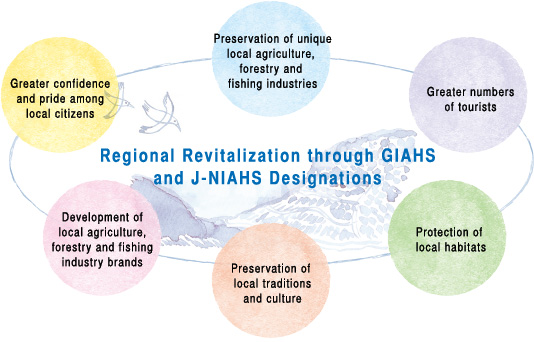 By achieving recognition of the Nanyo, Ehime Citrus Fruit Agricultural System's value through Important Agricultural Heritage Systems designations, we strive to instill local citizens with greater confidence and pride, revitalize the local economy by promoting further brand development for Nanyo's important citrus fruit products and attracting more tourists to the region, and ensure sufficient industry personnel numbers to carry on operations into the future. Furthermore, through exchanges with other designated regions, we will strive to preserve agricultural heritages and pass them on to subsequent generations.